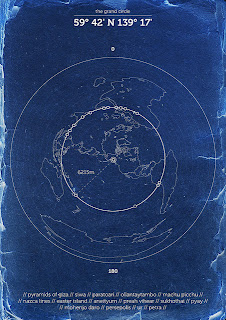 It is a light blue moonless summer evening, but late, perhaps ten o’clock, with Venus burning hard in daylight, so we are certainly somewhere far north, and standing on this balcony, when from beyond along the coast comes the gathering thunder of a long many-engineered freight train, thunder because though we are separated by this wide strip of water from it, the train is rolling eastward and the changing wind veers for a moment from an easterly quarter, and we face east, like Swedenborg’s angels, under a sky clear save where far to the northeast over distant mountains whose purple has faded lies a mass of almost pure white clouds, suddenly, as by a light in an alabaster lamp, illumined from within by gold lightening, yet you can hear no thunder, only the roar of the great train with its engines and its wide shunting echoes as it advances from the hills into the mountains: and then all at once a fishing boat with tall gear comes running round the point like a white giraffe, very swift and stately, leaving directly behind it a long silver scalloped rim of wake, not visibly moving inshore, but now stealing ponderously beachward toward us, this scrolled silver rim of wash striking the shore first in the distance, then spreading all along the curve of the beach, while the floats, for these are timber driving floats, are swayed together, everything jostled and beautifully ruffled and stirred and tormented in this rolling sleeked silver, then little by little calm again, and you see the reflection of the remote white thunderclouds in the water, and now the lightening within the white clouds in deep water, as the fishing boat itself with a golden scroll of travelling light in its silver wake beside it reflected from the cabin vanishes round the headland, silence, and then again, within the white white distant alabaster thunderclouds beyond the mountains, the thunderless gold lightening in the blue evening, unearthly. 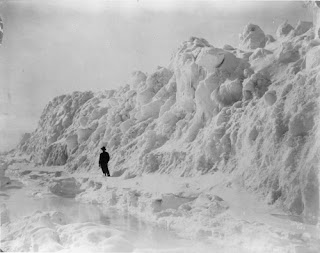 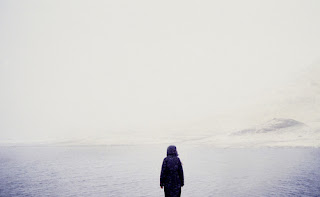 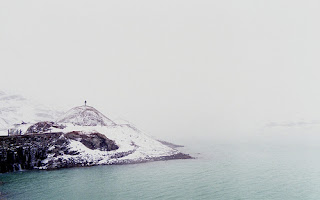 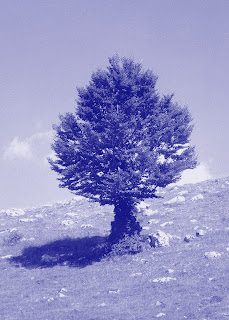 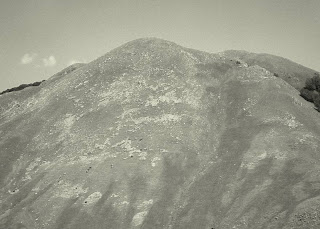 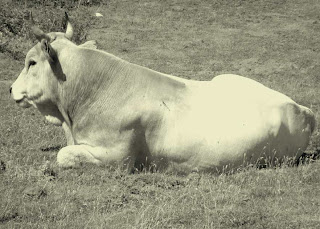 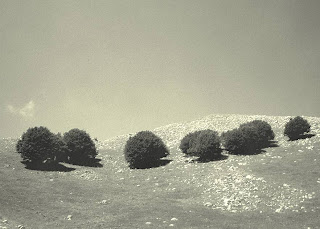 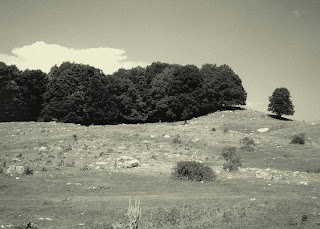 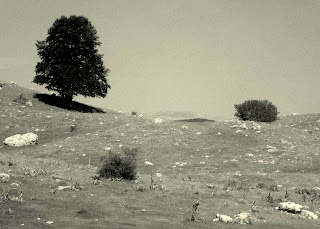 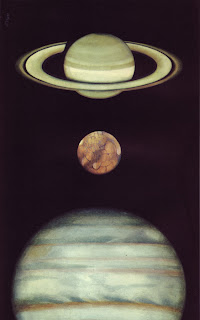 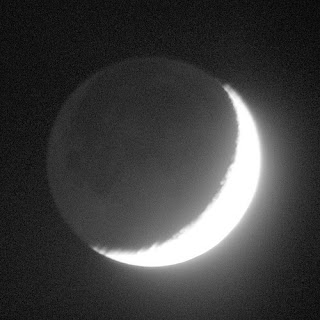 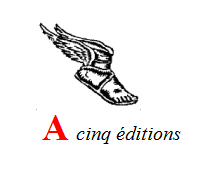